Have you ever wanted to do something, just simply, to do it? No significance, no story behind the act, no meaningful symbolism. Have you?

I have always wanted to shave my head for no other reason than to experience what it feels like and see what it looks like. That’s all. Honest to goodness. Girl Scout’s honor.

Hesitation and doubt have been my nemesis for years; the social repercussions to doing something so dramatically drastic, too, have echoed in the back of my mind. Is she sick? Why would she do something like this? It looks awful. Is she having a midlife crisis? Biggest mistake of her life. Whatever sense of beauty I have of myself, I have had to ask – is it locked in my locks? While I mostly don’t care what others think of what I do, worrying about whether or not I could pull this off – held me back.

And then it occurred to me, as many things have this year – WHO THE FUCK CARES? If it looks horrible, the good news about hair, and my ability to grow it at a reasonably rapid rate is just that – it will grow back. 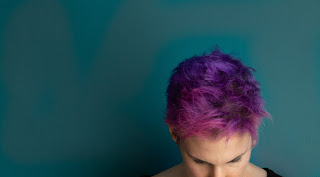 And that’s where this started; it’s not where I ended, because I changed my mind. Free will, people. Instead of channeling Natalie Portman via V for Vendetta, I kept some length. It gives me something to play with and color. But don’t get it mixed up, though, I was still crazy nervous. Going from so much hair to almost nothing is a dramatic change.


This year has been a year about acceptance and giving myself permission to become the most comfortable in my skin I’ve ever been. I have been privately criticizing and scrutinizing myself for the better part of my life. It ends now; I owe myself the love I so willingly and generously give to others.

I recently read Brené Brown’s Braving the Wilderness, and she writes that, “We must sometimes stand alone in our decisions and beliefs despite our fears of criticism and rejection.” Unnerving to say the least, even for the most confident of souls. But if we look a little closer, isn’t it mostly about control? Brown writes that, “…because we can’t control…what other people think about our choice…it turns out to be the place of true belonging, and it’s the bravest and most sacred place you will ever stand.” 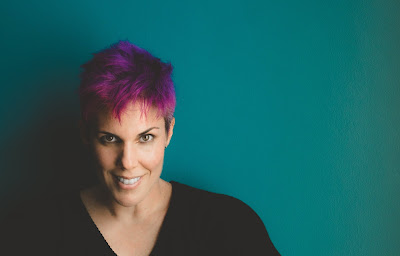 So, I’m going to stand in the sacred, in backing out of my original plan, in embracing my final choice, and relinquish the rest. And believe me, I get the triviality of all this - a haircut. On the continuum of life, what matters and what doesn't, this is but a tiny privileged first world blip in the world.

It’s not a shaved head, but damn – it’s short! Lucy says I look like a punk-rocker. Thanks darlin'. And, as it turns out, I am not Samson. I feel no less powerful, in fact, I feel MORE powerful. Seems like most of us live two lives; the one in which we participate on a daily basis, and the one that resides quietly within us. What stands between the two is fear. In squaring up against my own doubt, the experience of cutting off all my hair has been exquisitely empowering.

However I am perceived and deceived,
however my ignorance and conceits,
lay aside your fears that I will be undone,
for I shall not be moved.

This was simply an act for me, read no further.

I shall not be moved. 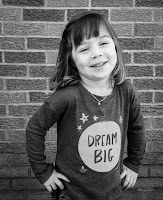